You can buy boosts in the store in the game for the price between 160rp (2 wins) and 3490rp (30days). Boosts can be better than buying champions with rp if you play enough games and win enough games while boost is active. Also, if you are planning to make a sub account(smurfing account), it is great idea to buy a xp boost, so you can get to lvl 30 easily. However, boost is risky since if you don't play enough games, it is an easy way to lose and waste your rp. Use the table below to check how many games you have to play to make profit from buying boost. Information on rp boost is not available since there is no way to convert rp to xp, and information about ip boost is based on champions that are 6300ip, 975rp, not considering sales. If you are planning to buy cheaper champions, efficiency of boosts will go up. Average profit per win of an ip boost is 143 to 145 in normal games and 158 to 168 in ranked games. In the table, this value was assumed 150. 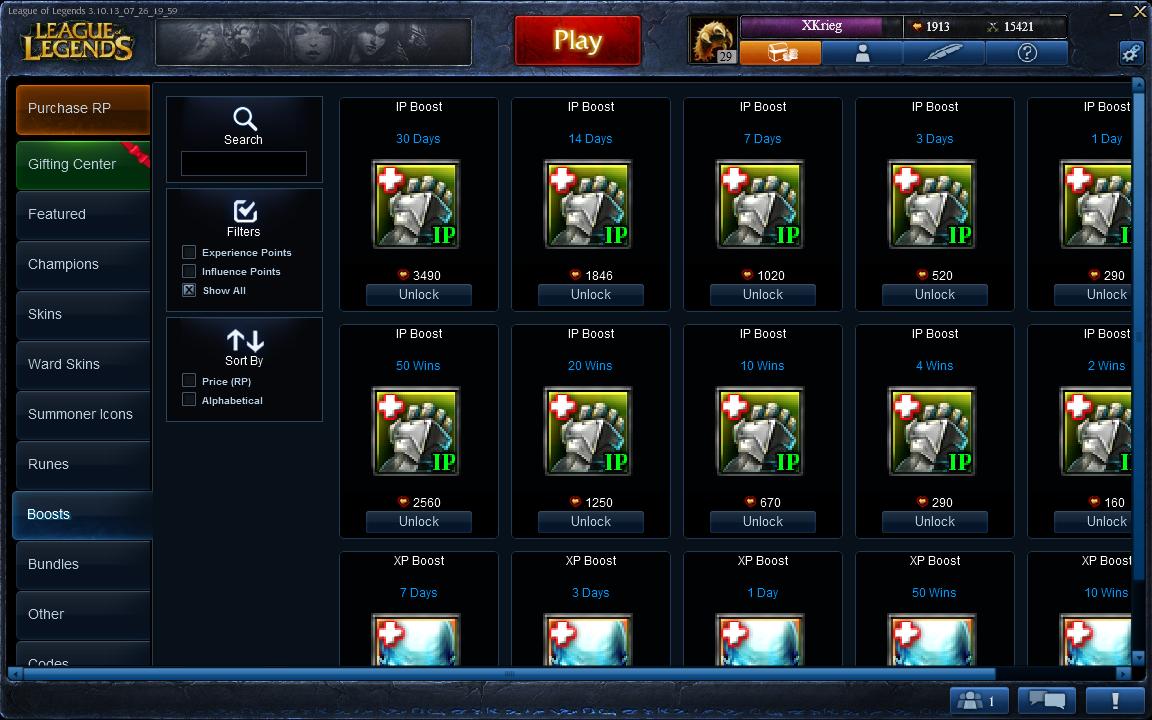 Go Back to Front Page